Readers have enjoyed the story of how the pictures for the book cover and, eventually, the home page for this website came to be.  To me, it is proof of so many things – that faith, hard work, and perseverance (you will find that these are some of my favorite words!), along with Greater Power’s assistance will take you where you are meant to be.

I knew I wanted a sunset over water for the cover of the first book.  My daughter, Susan, went online and found several pictures, but the first two she sent me were taken by a man named David Humphries in the year 2002.  That was all we knew. 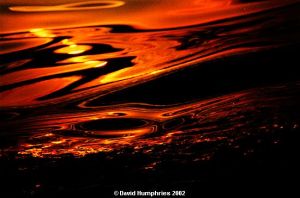 I emailed him and asked him what arrangements I would have to make with him to use his pictures for my cover, this beginning a saga of our own with regards to my story and David’s photos.

He was so kind and offered me the use of the pictures after I had told him a little about the storyline.  The locales for A Separate Heaven range from Long Island to Montana to Italy, with most of the story taking place either in New York or along the Amalfi Coast of Italy.

We had been communicating for a couple of weeks when David wrote to me and said “You might be interested to know that I took those pictures in the summer of 2002 while sailing on a yacht off the coast of Italy.”  Of course, this thrilled me to no end.  Talk about a coincidence!  THEN, a few days later, David wrote again and said he and his wife had located some pictures from that vacation and that he had forgotten until he saw them that the name of the yacht was “Heavenly Daze.”

All I could think was “This is SO much more than coincidence.”

Thank you for allowing me to share this story with you.  Please read on and visit David’s online gallery of his wonderful art, for which we are providing a link.

And, last but not least, I would like to extend a very sincere and personal thank you to David for the pictures that have become synonymous with A Separate Heaven.